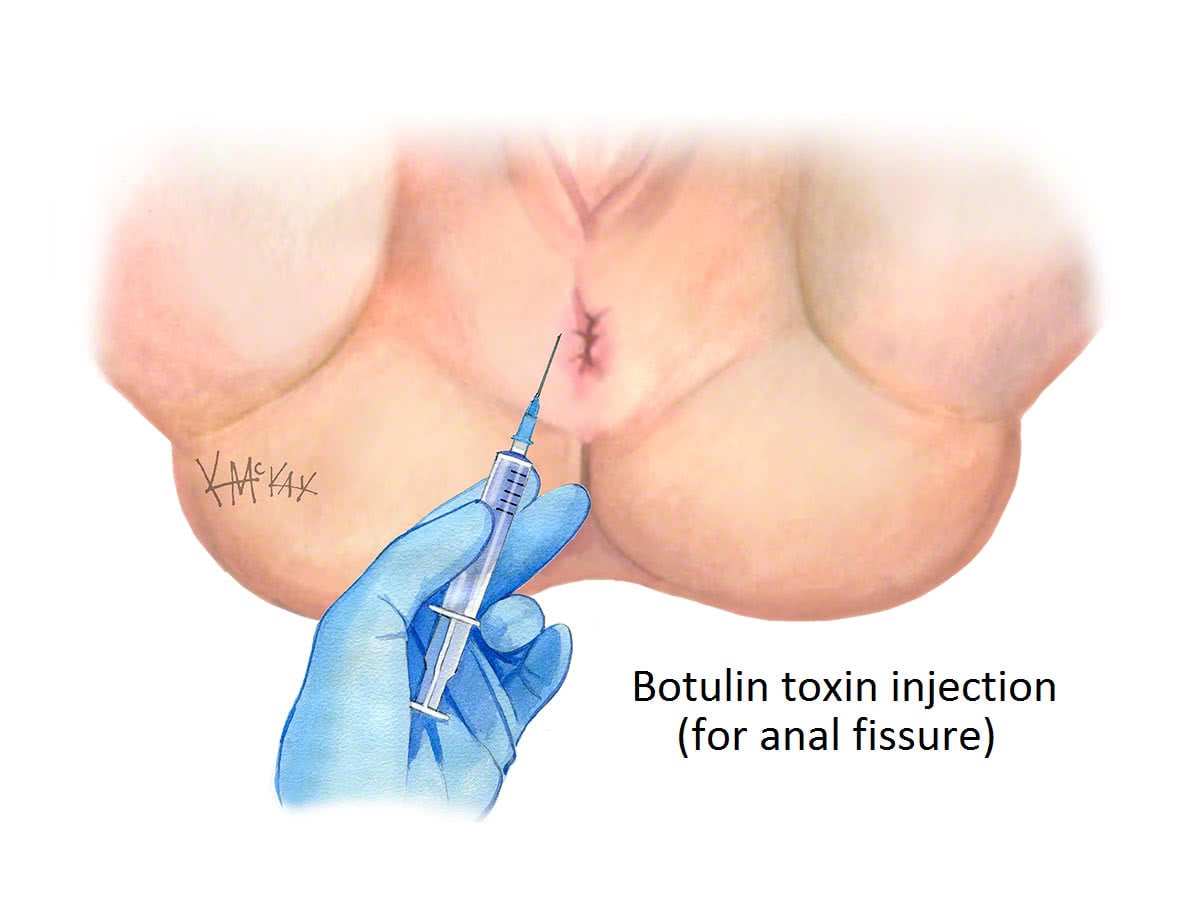 There have been reports of temporary incontinence in 20% of patients after botulin toxin A injection [1]. The benefit of Botulin toxin A, is that the paralysing effect only lasts for 2-3 months, with complete recovery of muscle function after this. This is enough time in most cases to allow the anal fissure to heal. Long-term permanent incontinence has not been reported after 1-2 does. This is in contrast to surgery (i.e. lateral internal spincterotomy) where the rates of permanent mild incontinence are as high as 20%, and complete incontinence up to 5%.2 Combination Botulin and topical gels such as those already mentioned are more likely to work than either on its own.