Bowel surgery is major surgery and is performed by specialist colorectal surgeons, and may be indicated to remove a colorectal cancer (Figure 1), severe diverticular disease of the colon (Figure 2), or a diseased colon due to inflammatory bowel disease (IBD) such as ulcerative colitis and Crohn’s disease.

Most bowel surgery can usually be performed in an elective manner with the two resected ends connected together as an anastomosis without the need for a diverting stoma bag (colostomy or ileostomy).

A much rarer form of bowel surgery is where the entire large bowel and rectum is removed. This is occasionally needed for inflammatory bowel disease. In this case, small bowel is used to create a reservoir to take the place of the rectum (called a “J-Pouch”). 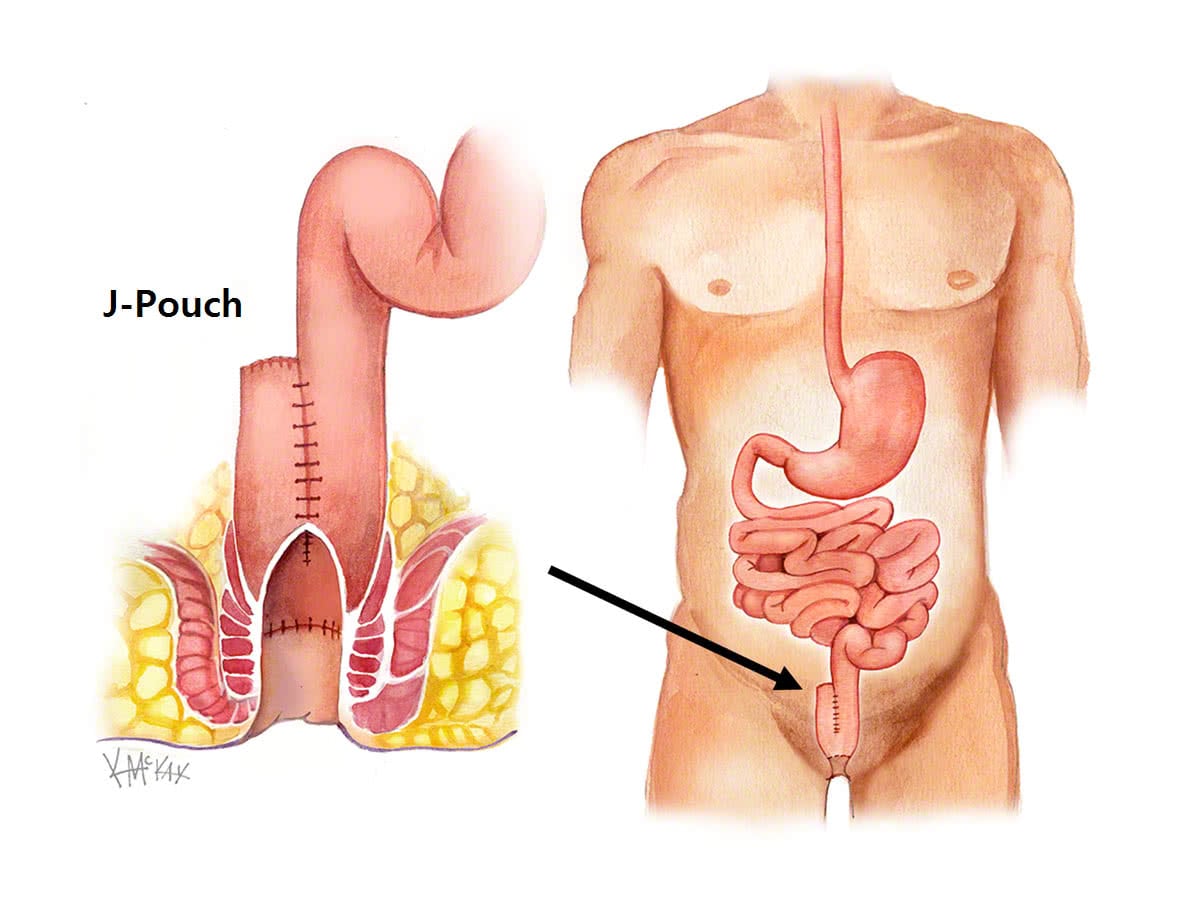 In most cases bowel surgery can be performed as a key-hole (laparoscopic) procedure. A small incision is then made at the end to deliver the specimen. 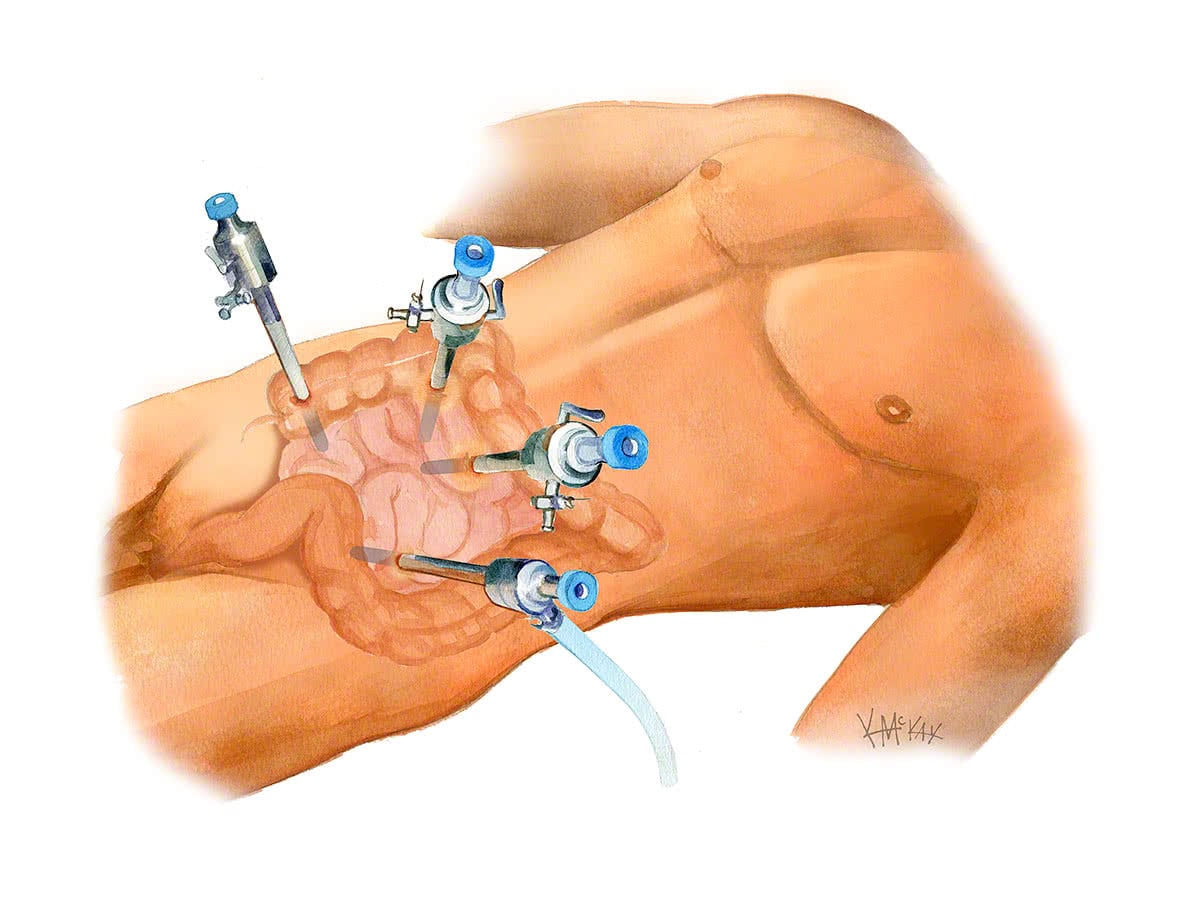 Robotic surgery is performed with the da Vinci® robot, which allows for the benefits of minimally invasive surgery, along with the fine precision, 3D vision and magnified view afforded only by robotic surgery. 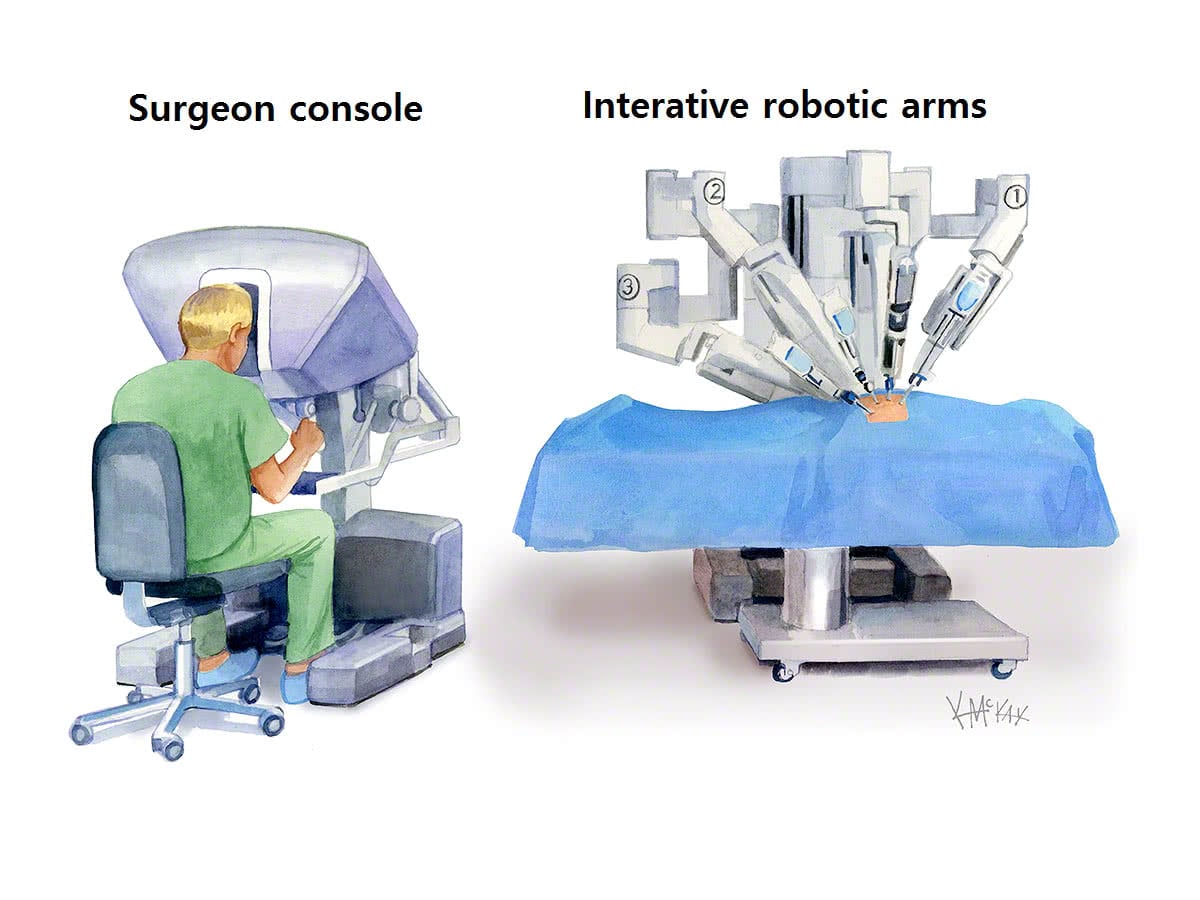 Similar to laparoscopic surgery, robotic surgery results in the avoidance of a large incision, resulting in less pain, and earlier discharge and recovery. The main advantage of robotic surgery over laparoscopic surgery is the improved visibility and fine dexterity of the robotic miniature graspers which allow for precise delicate surgery within a small confined place such as in surgery to the bowel and rectum located within the pelvis. 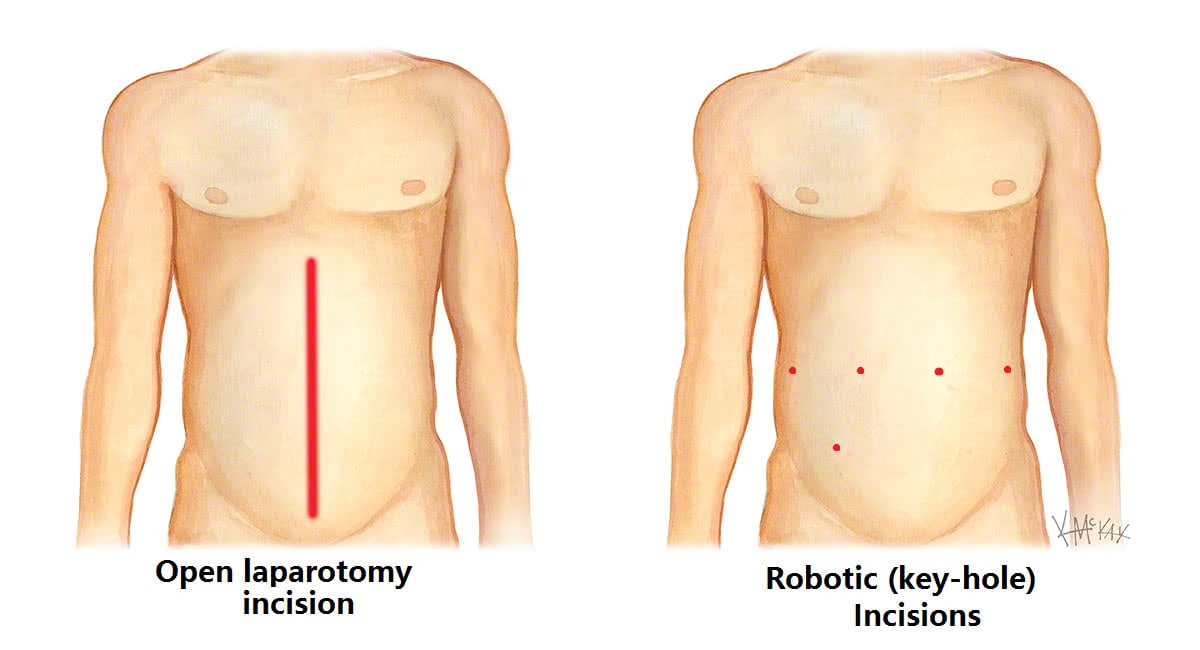 What to expect pre and post-operatively for bowel surgery

You will need to have only clear fluids the day before your surgery. Clear liquids are those that one can see through. When a clear liquid is in a container such as a bowl or glass, the container is visible through the substance. You will also require bowel prep to clean your colon. Take a pico-sulfate sachet (also called Picoprep® or Picolax®) at 2pm and 6pm the day before your procedure. You need to fast from midnight the night before if your surgery is scheduled for the morning, or from 6am if scheduled for the afternoon. Immediately after your bowel surgery you will be commenced on free fluids (semi thickened fluids such as custard, yoghurt, thin porridge). You will be given a combination of opioid and paracetamol analgesia to allow you to mobilise from day one. You will be discharged from hospital once you have opened your bowels. A typical admission is anywhere from 3 to 7 days.