Sacral Nerve Stimulation (SNS) is neuro-electrical stimulation of the sacral nerves that supply the anus and rectum. It has been shown to be effective in the management of a faecal incontinence. More recently, it has been shown in a small number of studies to be useful for slow transit constipation although this still remains controversial. The exact mechanism of its action for improving constipation is not known, in fact it was stumbled upon when researching its role for faecal incontinence, however it appears to have a local effect on the nerves of the myentetic plexus (neuromodulation). Now a number of published studies have demonstrated the usefulness of SNS for slow transit constipation. We recommend using temporary percutaneous nerve evaluation (PNE), which involves placing a catheter in the sacral nerve through a needle. This is done in the asleep patient. The patient is then sent home with a trial nerve stimulator, and a diary which is kept for 2 weeks. This helps to select out those candidates most likely to benefit from permanent surgical implantation of a sacral nerve stimulator (SNS). 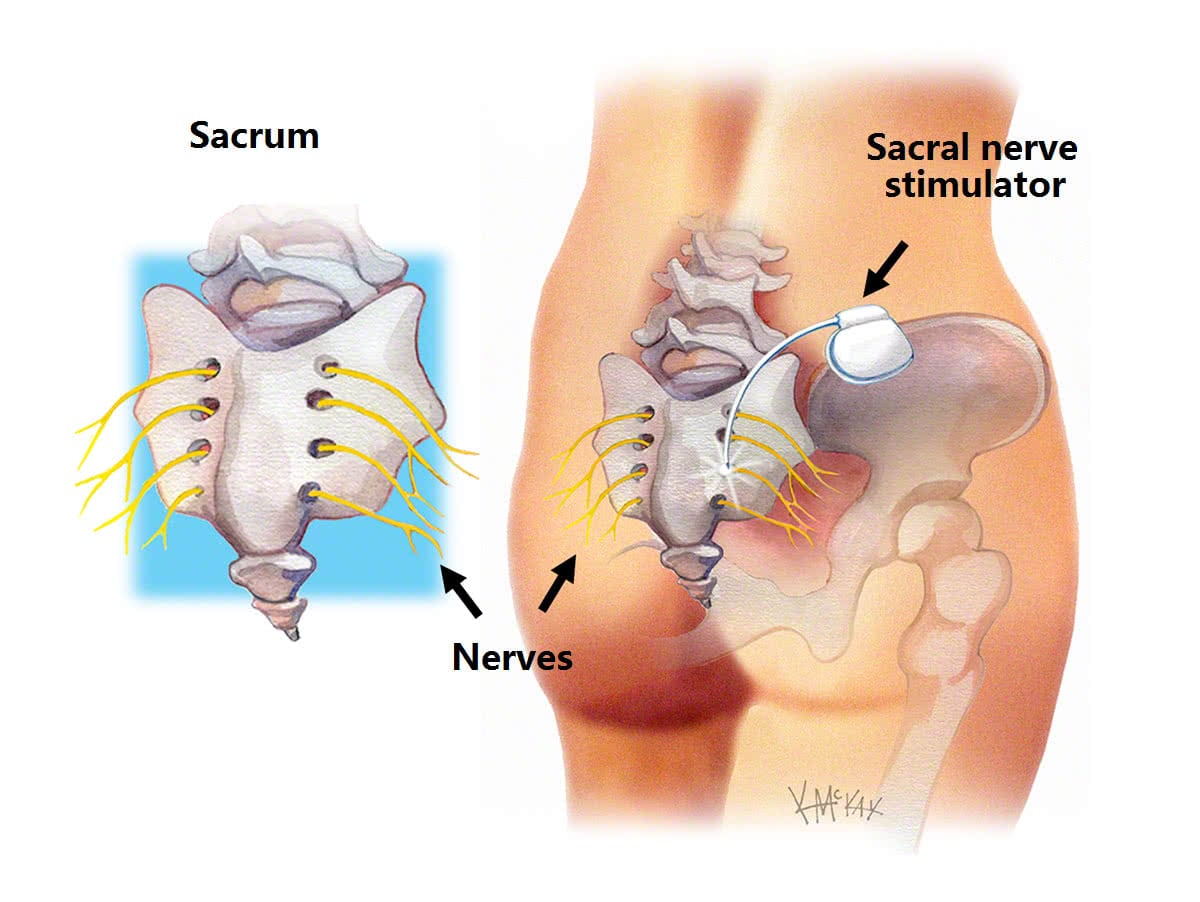